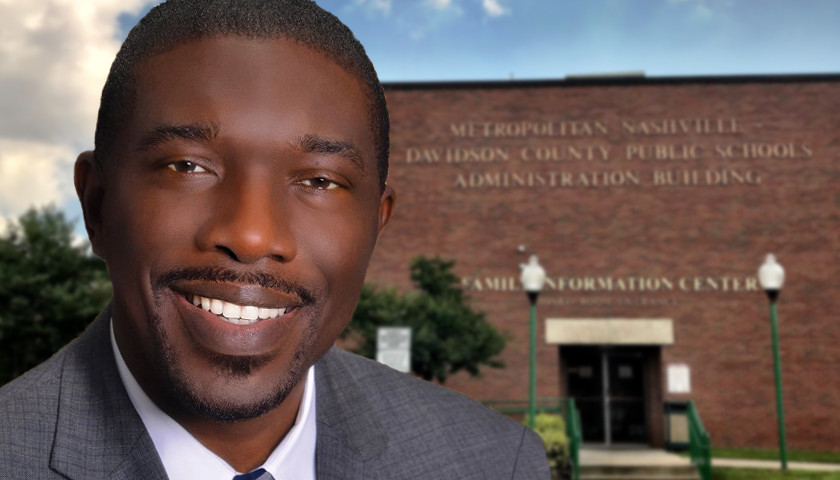 NASHVILLE, TN — For the past two years, the city of Nashville, its media and Metro Nashville Public Schools spent more focus on the personal life and missteps of Dr. Shawn Joseph that he ended up gracefully bowing out of his multi-year contract. With an illustrious professional career that spans more than 20 years, his leadership as the first African-American director of schools for Metro Nashville was viscously questioned, challenged and attacked beyond belief.

Joseph came to Nashville, Tennessee as an accomplished, energetic, and creative educational leader with strong experience in managing organizational change across large systems to achieve improved student outcomes. Joseph stood by his work, and his track record and refused to let a dysfunctional school board and slanted, bias media demolish his reputation in front of the more than 85,000 school children, 11,000 employees, hundreds of supporters and most importantly, the African-American community.

His long tenured 20-plus year career in education includes being the Deputy Superintendent for Teaching and Learning in Prince George’s County, Maryland from 2014 to 2016. In this position, he served in a district with 128,000 students overseeing curriculum and instruction, performance management, testing, school reform, pupil services, the family engagement and partnerships, and special education. As the superintendent of schools in Seaford, Delaware from 2012-2014, he served 3,500 students who were highly impacted socio-economically with 76 percent students of poverty, 12 percent English Language learners, 42 percent African-American, 6 percent Hispanic, 4 percent Asian and 48 percent Caucasian. His responsibilities and achievements included responsibility for an $80 million budget which prioritized funding for raising rigorous instructional opportunities, building human capacity, and ensuring safe, modernized buildings. As the director of school performance in Montgomery County, Maryland for more than three years he was selected as one of six directors of school performance in this 142,000-student district to provide leadership to 34 schools serving 23,000 students. The region supervised included four high schools, seven middle schools, 21 elementary schools, and two special schools. His well over 10 years as an educator, principal and assistant principal at various schools in Montgomery County also contributes to his legacy of educational leadership, professionalism and successful student learning outcomes.  During this time, he was also promoted to lead one of the largest, most diverse middle schools in Montgomery County.

Joseph transformed many aspects of the failing school system he inherited in Nashville, by implementing programs that improved scores in math and reading. He launched the first-ever 9-12 Early College High School program with Nashville State Community College and the impressive STEAM magnet programs at several elementary and middle schools. He successfully cultivated positive and professional relationships within organizations, engaged diverse community groups and collaborated with external partners to create synergy and momentum towards achieving district goals. His collaborative efforts included working with the Nashville’s Mayor’s office, the Nashville Public Education Foundation, and several non-profit organizations to develop and secure $2 million in private funding to strengthen early childhood work with the creation of the “Blueprint for Early Childhood Success,” which resulted in the city receiving a gold rating for Pre-K quality.

His awards include the 2010 American Educational Research Association’s “Outstanding Dissertation Award” in the area of Learning and Teaching in Educational Leadership (LTEL) SIG, the 2009 Maryland Association of Secondary School Principal’s Met/Life Middle Level “Principal of the Year” award and the 2009 Emerging Leader Award from the ASCD.

MNPS like any other business is not exempt from issues such as sexual harassment, theft and poor partnerships, but under Joseph’s leadership these challenges were magnified and placed upon him personally. Despite that, he took responsibility and implemented changes in the investigation process, instituted mandatory sexual harassment training for principals and other district administrators and promoted an anonymous hotline for employees to confidentially report allegations and/or concerns. From dealing with personal agendas, negativity and half-truths, Joseph stayed focused on the mission at hand even as some Board of Education members displayed bullying while he chose to demonstrate professionalism and leadership. He was very effective in designing innovative leadership development models to support staff development, to improve peak performance and results, and address culture within employees to execute on goals and outcomes.

He has also made numerous scholastic contributions of literary work and expertise in educational journals and publications. He has had several journal articles published over the years for the Virginia Association of School Administrators, the International Journal of Educational Leadership Preparation and the International Journal of Educational Planning, to name a few In addition, Joseph is a published author of the book, The Principal’s Guide to the First 100 Days of the School Year: Creating Instructional Momentum.

Rather than continue to let some board members place him on their stage and continue the erosion of the district, Joseph put the students and community first deciding to resign rather than subject himself and the hard work of others to the brutal public attacks and display of immaturity.  He kept his focus on expanding opportunities and access to high-quality programs and services for all students, with an emphasis on underserved students.

During an earlier conversation with The Tennessee Tribune, he said, “I didn’t come here to deal with the adults. I came to Nashville to improve reading outcomes for kids and achievement for gifted and talented students and to help kids get certifications and improve ACT scores.”  These metrics and standards were achieved strategically and successfully in the short timeframe in which he diligently attempted to mend the disconnect between the school system and the community. Highly respected by his peers across the country, his inclusive nature, passion for activism, school safety and improvement led him to lend a voice as an invited presenter at the School Superintendent Association Conference..

Joseph displayed courage, leadership and faith, qualities clearly absent in some board members who attempted to spin the community into a racist frenzy through the suggestions of wearing masks at a board meeting and weaponizing evaluation tools by giving him poor reviews. When he communicated to the board meeting the recommendation for a mutual separation, the community and the rest of the world saw a leader who was pushed too far – one who only attempted to be a great visionary despite not having adequate resources.

Board members refused to understand that as a man, as they attacked him, they were attacking his spouse, his family, his supporters and his livelihood but he persevered and refused to be broken, backed into a corner or forced to agree with the disruptions they purposely orchestrated. He said, “I never imagined having these experiences in Nashville.” The community never imagined a school board member hinting at the level of racism displayed through the Klu Klux Klan of wearing masks – an ugly suggestion of which the guilty board member has yet to apologize to the African-American community for.

Joseph’s work and impact on the community is evident and will be hard to diminish or erase as he also engaged with graduates at Tennessee State University’s2018 fall commencement as speaker and as speaker at the Urban League of Middle Tennessee’s 2018 annual convention. In all this, there were never any confirmed misdeeds or no substantial findings in the reported sexual harassment claims or audits completed that there was illegal or unethical behavior. The mistakes pointed out that were made boiled down to unintentional human error and  corrective action and protocols were put in place to address the issues and prevent them from happening again. Joseph displayed true concern for his team and the community until the end as he lobbied for pay raises, an improved budget, higher salaries for bus drivers – all while  he continued balancing the needs of the children through development of Pre-K programs.

In parting, his successes delivered world class products to the schools, the right investments were placed in the right places. He leaves with a heart of forgiveness to those who wronged him and prays the new director of schools is fully supported.  Joseph is a honorable man of faith. His many future endeavors will continue to support the community and the children who are indeed, our future. He is deserving of the title “Person of the Year.”