Who is to blame for Nashville’s school struggles? Not Shawn Joseph. | Opinion – tennessean.com 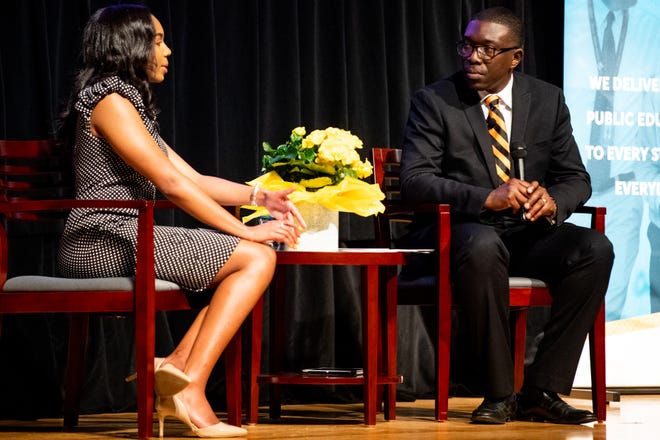 We have worked shoulder to shoulder with teachers, paraprofessionals, principals, coaches and administrators in Metro Nashville Public Schools for as few as two years and as many as 25 years as teacher educators, researchers, staff developers and critical friends.

Our work demands significant amounts of time in classrooms, talking with students, teachers and others – including Board members.  Some of us are parents of MNPS students or parents of young children who will be MNPS students. Each of us pays careful attention to the policies, practices, and people we observe in Metro schools.

What we’ve seen over the past three years is at once gratifying and disturbing, defensible and indefensible.

Director of Schools Shawn Joseph and his team (including the members of his Transition Plan team) laid out a literacy-rich focus marked by caring and careful attention to equity and an emphasis on instruction rather than remediation.

Efforts foregrounded students’ social and emotional development and looked for giftedness wherever it might be found.

Current research accepted theory and best practice all support this stance. We do too.

This is not to suggest that everything went as planned, nor that we have agreed with every curricular or administrative decision, nor even that we are in total agreement with each other. This is hard work, and there is space for disagreement.

Even when we disagree, we respect the unprecedented difficulty of the task assigned to Dr. Joseph, the lack of sufficient funds to support it, and the time-intensive and time–consuming effort required to effect change of this magnitude.

We’ve observed a crisis created by board members resistant to the limits of their own role and self-appointed community watchdogs blind to the history and context of public education in this city and fed by a minority of local media who have made their own importance the message.

The short-term campaign to rid Nashville of its first African American schools director succeeded at the expense of a reasoned and promising agenda for long-term change.

To move forward constructively, we must pay attention to two distinguishable but interrelated factors: an unwillingness to fund adequate education for “other people’s children,” and a willful failure to understand how racism operates.

Funding for MNPS schools is, simply, inadequate. In Music City, with money as abundant as pedal taverns, we have chosen not to provide teachers with a salary level that reflects either their cost of living or their specific contributions.

When schools run out of paper, it’s not because of a director “wasting money” on programs and curricula, or even on a driver, but because of the bloated demands on our local budget required by federal and state-level underfunded mandates. MNPS, underfunded, still demands over $950 million annually. Where we put those limited dollars matters: plug the budget drain from charter schools and test prep and put back the revenue we’ve lost to subsidizing profits for developers, and the funding gap quickly narrows.

The Nashville school board, starved for funding, raged against the splinters in the Joseph administration’s eye instead of fighting together against the financial clubbing they’ve gotten for years from local and state funding choices that prioritized private profits over public education. And, to our shame, those rhetorical planks have perpetuated a blindness to the real and painful history of racism in this city.

Racism often operates unknowingly, in the privilege granted some and not others to control the narrative by which we make sense of events. From a place of privilege, we can be both well-intentioned and wrong.

It’s one thing to recruit a director of schools to address the systemic and multigenerational inequities of funding and resources in MNPS.  It’s another thing to support that work when it requires us to acknowledge our own culpability in perpetuating that system.

An experienced MNPS teacher, explaining why she favored Dr. Joseph’s departure said, “We are in pain.” Based on what we’ve seen, the pain she describes is real, rooted in inadequate compensation, in the drain of working daily with too many children whose lives are tinged with too much trauma, in the challenge of cobbling together materials that should be plentiful, and in the public misunderstanding that associates children’s achievement or lack thereof with the effectiveness of their teachers rather than in the realities of their (dis)advantage.

She is in pain, but Shawn Joseph is not to blame. He worked diligently – and against significant headwinds – to address the causes of that pain.  We are left to correct the record, to offer the counter-narrative that we hope will enable the work to go forward in MNPS, and to insist that, as a city, we find the courage to pay attention.

We — those of us in positions of power, in elected leadership, in the private sector and, yes, even those of us in pro-education professional communities have enabled racism and white privilege to control decision-making in Nashville for too long.

It may be from ignorance. It may even be well intended. But it’s wrong, and until we are courageous enough to say it out loud, we will continue to invest our resources in downtown entertainment instead of students, our efforts in short-term wins instead of long-term reform, and our time in blame instead of collaboration.

The most important investment we make in Nashville is in the future of the children we serve in Metro schools every day. Pay attention.

This opinion piece reflects the views of the individual authors and not Vanderbilt University.

Elizabeth A. Self, Ph.D.