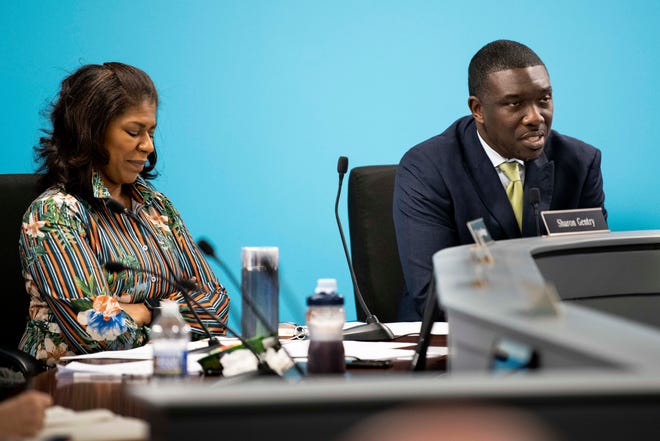 Former Schools Director Shawn Joseph demonstrated courage and commitment to the equity discussion in a district that has long chosen not to acknowledge it.

The concept of equity sounds good until someone tries to implement it.

While some believe it’s about taking something away, it is more about making sure there is a level playing field so everyone has access to opportunities. That is what it should be about in Metro Nashville Public Schools.

Over the years, we have witnessed how tough equity discussions can be. Case in point is the Plessy v. Ferguson case in 1896. This landmark decision by the U.S. Supreme Court upheld the constitutionality of racial segregation laws for public facilities. Some may know this case better as the “separate but equal” doctrine. Simply giving everybody a piece of the pie is not always the way. Achieving equity is not easy and should not be confused with equality.

Joseph tackled long-standing inequities even though it was hard

Former Schools Director Shawn Joseph demonstrated courage and commitment to the equity discussion in a district that has long chosen not to acknowledge it and, most importantly, has not done enough to address it.

Like MNPS, there are schools across the United States which remain widely segregated. There is no question that equity is an issue. But we need to ask ourselves: why does it remain one?

People talk about equity until they feel they have something to lose. Unfortunately, some communities struggle with parent engagement – not because those parents don’t care about the success of their children but because the lack of jobs with livable wages force them to hold two to three jobs just to keep food on the table and roof over their children’s heads.

Some Parent-Teacher Organizations have helped to fully fund programs and positions at some schools. The wealth gap is evident.

Our most vulnerable students are counting on this community to come together and to care a little more by doing a little more. When more children are healthy, happy and safe, how does that equate to a loss?

There were numerous achievements under Joseph’s leadership

Here are just some ways in which the district has worked hard to level the playing field:

Equity is simply about how we get schools and kids what they need with the resources we have – it’s about creating access and opening doors to opportunity.

The district has made some gains in supporting students who need a hand up, and I encourage our Board of Education to continue making this a priority in our school district.